South Side Soul is now available 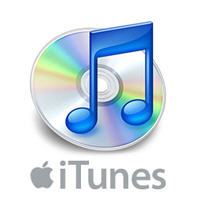 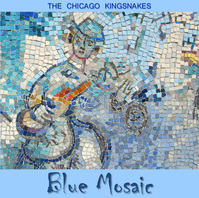 The Kingsnakes have been playing and touring for over 20 years. The musicians in the band come with a laundry list of credentials, from touring across the world with Little Milton and Junior Wells to Byther Smith and Jimmy Witherspoon. Their latest release, Blue Mosiac, is filled with twelve original tracks in their most comfortable setting; Chicago blues. The band is tight, with a top notch rhythm section and Nelson Keaton playing blues harmonica that dances in between the original lyrics sung by James “Ang” Anderson. Mike Bailey holds down the bass.

“Lefty” is a fun, upbeat song with a danceable and familiar groove. The last two tracks are two.... READ MORE 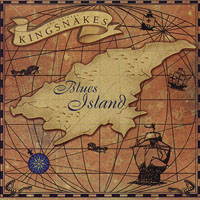 The first strains of guitar on this CD put me right into my favorite blues haunt where my imagination added clinking glasses, cigarette smoke, and the muffled sound of people milling about Blues Island magnficently captures the live feel and heart of blues in a studio setting - a feat I rarely hear. Too much polish can sometimes kill the energy that is the essence of the blues to me. You won't find "predictable" here. Throughout this whole release, The Kingsnakes let their hair down without getting sloppy or self-indugent with the solo stuff. On "Abandoned in Hammond" I'd imagine Tom Waits if he's gone blues. On some cuts, I'd hear a bit of early ZZ Top, but I'm stretching. There's quite a wide range of influences, yet Blues Island is uniquely Kingsnakes throughout. Bonuses are special guest Byther Smith's guitar work... READ MORE 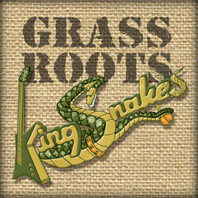 Blues On Stage - Review Date April 2004, by Craig Ruskey The Chicago Kingsnakes Grass Roots Music King (2003) 60654 Recommended. This has all the elements of a Southern afternoon front porch jam and party with everything but the sound of friends whooping it up while dancing around the yard. The Chicago Kingsnakes may not be known far outside of their territory, but their latest, Grass Roots, is a follow-up to Blues Island and another winner. Consisting of James Anderson's superb guitar work and potent vocals, Nelson Keaton's solid harp, and Ron Berry's bass along with Tom King's uncluttered drumming, this stripped-back. all-acoustic affair is without a blemish (unless you consider the short playing time). Anderson dishes out fine work, whether on his National, Gibson, or Supro, and vocally, he's got a relaxing style. The Delta feel of Wolf In Sheep's Clothes is stunning ... READ MORE 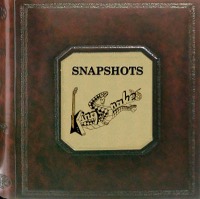 Click the CD to Buy - Only $6.00
The Chicago Kingsnakes are celebrating their 26th year in the blues, and their latest sampler, Snapshots. Snapshots catches this exciting four-piece unit at the top of their game. Founded in 1983 by James “Ang” Anderson, the band features Ron Berry on bass and vocals and Gus Gotsis on drums. Nelson Keaton joined in 2001 to round out the sound on harmonica, and he opens the disc off with a spirited “Leave It Where I Put It.” Nelson smokes on the set’s closer, “Whammer Jammer,” and fans of post-war, urban harp blues will revel in the way he plays the Mississippi saxophone. For me, the most memorable cut is “Get Out of Memphis,” thanks to Ang’s vocals and guitar leads, and the way the band updates a traditional blues sound...  READ MORE